Humans have these things that we call goals. They also take these things called actions. Ideally, a human takes actions that move the world closer to one of the human’s goals. You want your actions to be connected to your goals in this sense.

The purpose of goal factoring is two fold. The first purpose is to evaluate the strength of the action goal connection for any given action. The second purpose is to find actions that have a stronger connection to your goals.

Closets can have many things inside them. The closet I will discuss today contains all of your goals. However, you can’t just put stuff in a closet willy nilly, it must be organized in boxes. The boxes that you put your goals in are your actions.

We proceed as if we are cleaning a regular closet. First, we pick a box. Then we open the box. Sometimes, we realize that the box is way too big for the thing inside it, so we find a smaller box. Sometimes, we don’t even want the stuff, so we throw it away. Other times, we find that the stuff fits pretty well inside the box, so we leave it as it is. Goal factoring is the process of opening the action-box to find the goals inside.

In terms of action-goal connection, the first case corresponds to a case where the action is an ineffective way to achieve the goal. For example, suppose my goal is to stay up to date with current events and my action is browsing Reddit for hours a day. It seems evident that there are ways that will keep me both better informed about current events and take less time than browsing Reddit.

The second case corresponds to goals shifting as time passes. For example, I used to value having up-to-date information about Magic: the Gathering, resulting in me checking various MtG websites quite frequently. However, recently I discovered that I no longer really cared what was happening in the MtG world, yet I continued to check the websites. 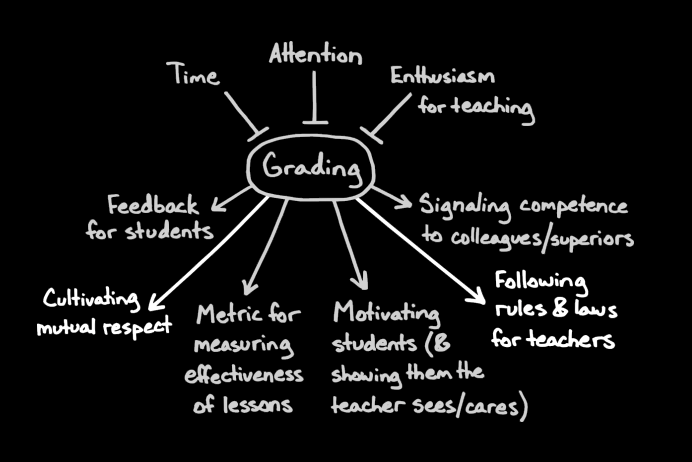 My parents speak both Chinese and English. My extended family pretty much only speaks Chinese. My current level of Chinese is passable, but sorely lacking. As of 2 weeks ago, I had spent the past month or so studying Chinese for 10 minutes every day. Here’s what I goal factored:

Goals learning Chinese moved me towards:

Goals learning Chinese moved me away from: 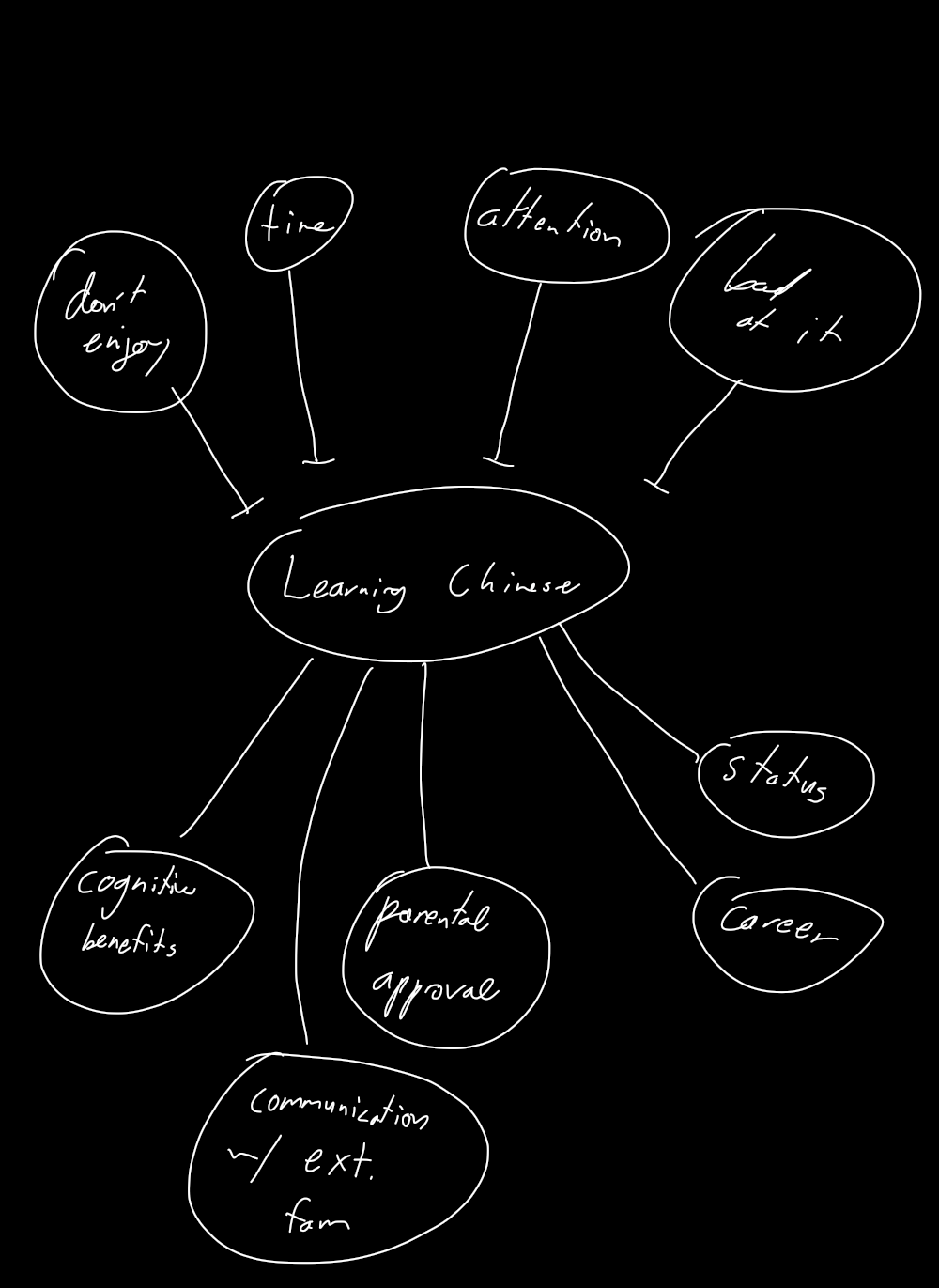 Goals learning Chinese moved me towards:

Goals learning Chinese moved me away from:

Brainstorming ideas, I noted that “thinking in a different language” could be achieved by learning a non-Chinese language. In fact, it seemed like learning a language like ASL that uses a different channel of communication might be much better at achieving this goal than learning Chinese.

However, since my extended family pretty much only speaks Chinese, it seemed like “learning Chinese” was the best action to accomplish that particular goal. At this point I just had to weigh the time/​attention it costs to learn Chinese versus how much I wanted to be able to communicate with my extended family.

This is what I ended up with: 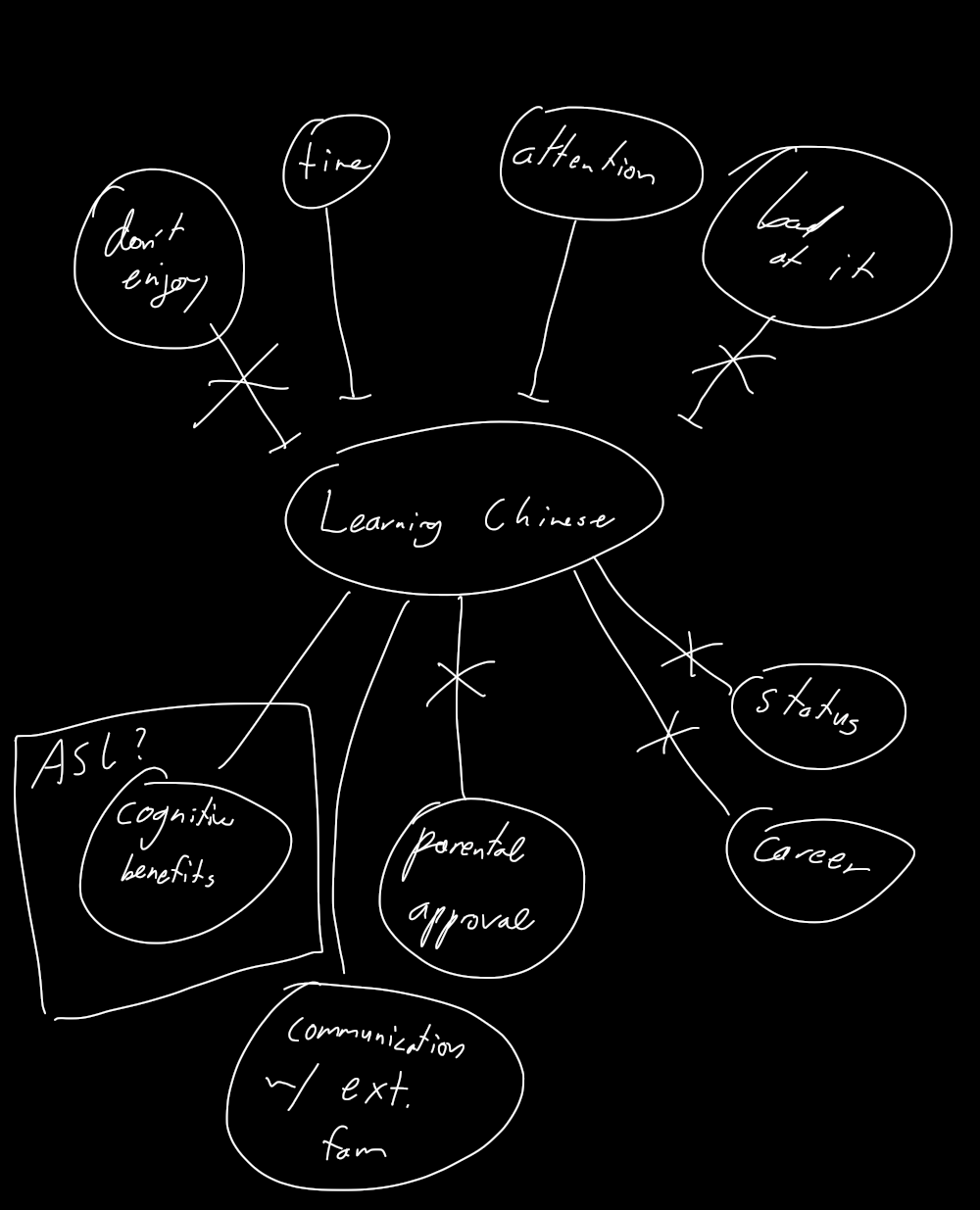 This process is a lot like just writing a pro/​cons list. Although plain pro/​con lists are more useful than people give them credit for, I think that the crucial addition is trying to figure out different actions to take to get what you want.

Remember, the point of goal factoring is not to pick and action and convince yourself that it’s a good/​bad action. Keep your bottom line empty.

One way to think about applied rationality is trying to achieve your goals while staying agnostic about the strategy. Goal factoring is a tool that helps you do that.