Knowledge is not just mutual information

Financial status: This is independent research. I welcome financial support to make further posts like this possible.

Epistemic status: This is in-progress thinking.

This post is part of a sequence on the accumulation of knowledge. Our goal is to articulate what it means for knowledge to accumulate within a physical system.

The previous post looked at measuring the resemblance between some region and its environment as a possible definition of knowledge and found that it was not able to account for the range of possible representations of knowledge. This post will explore mutual information between a region within a system and the remainder of the system as a definition of the accumulation of knowledge. 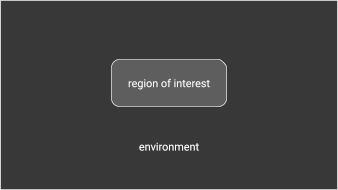 Mutual information is usually defined in terms of two variables whose exact values are unknown but over which we have probability distributions. In this post, the two variables are the physical configuration of the region of interest and the physical configuration of the environment. Looking at things in terms of physical objects is important because I want to be able to examine, say, a physical region within a shipping container or a subregion of a cellular automata and discern the accumulation of knowledge without having any a priori understanding of where the “agents” or “computers” or “beliefs” are within the system. The only structure I’m willing to take for granted is the physical state of the system and some region of interest that we are investigating as a possible site of knowledge accumulation.

It seems that mutual information does not take into account whether the information being accumulated is useful and accessible.

It seems again that measuring mutual information does not take into account whether the information being accumulated is useful and accessible, because what we are interested in is knowledge that allows an entity to exert goal-directed influence over the future, and a rock, despite being “a perfect map of itself” in this sense, doesn’t exert goal-directed influence over the future.

General problem: information is necessary but not sufficient for knowledge