In December 2015, Robert Cordwell and I cofounded Signal Data Science (website), which we announced on Less Wrong.

Our first cohort has just concluded, and overall went very well. We’re planning another one in Berkeley from May 2nd – June 24th. The program is a good fit for people who are both excited to learn how to extract insights from data sets and looking to prepare for industry data science jobs. If you’re interested attending the next cohort, we would love to hear from you. You can apply here, or contact us at signaldatascience@gmail.com.

We offer inquiry-based learning and an unusually intellectually curious peer group. Unlike typical college classes, Signal Data Science focuses on learning by doing. You’ll learn from a combination of lectures, short knowledge-reinforcement problems, and longer, more open-ended assignments focusing on analyzing real datasets. (That’s your chance to discover something new!) Don’t worry if that sounds daunting: our instructors will be there to support you every step of the way.

You’ll learn both the theory and the application of a wide array of data science techniques. We offer a pair programming-focused curriculum, allowing students to learn from each other’s strengths. We cover everything from basic linear regression to advanced, industry-relevant methods like support vector machines and dimensionality reduction. You’ll do an advanced, self-directed project at the end of the course. Curious? Check out our showcase of past students’ final projects. Whatever your interests are—from doing something with real-world, industry-relevant applicability to applying cutting-edge neural nets—we’ll work with you to find a project to match your interests and help you showcase it to prospective employers.

Less Wrong readers might be especially interested by Olivia Schaefer’s project, which describes results of doing some natural language processing on the Less Wrong comment corpus, explaining how the words pictured in different colors below are at opposite ends of an axis. 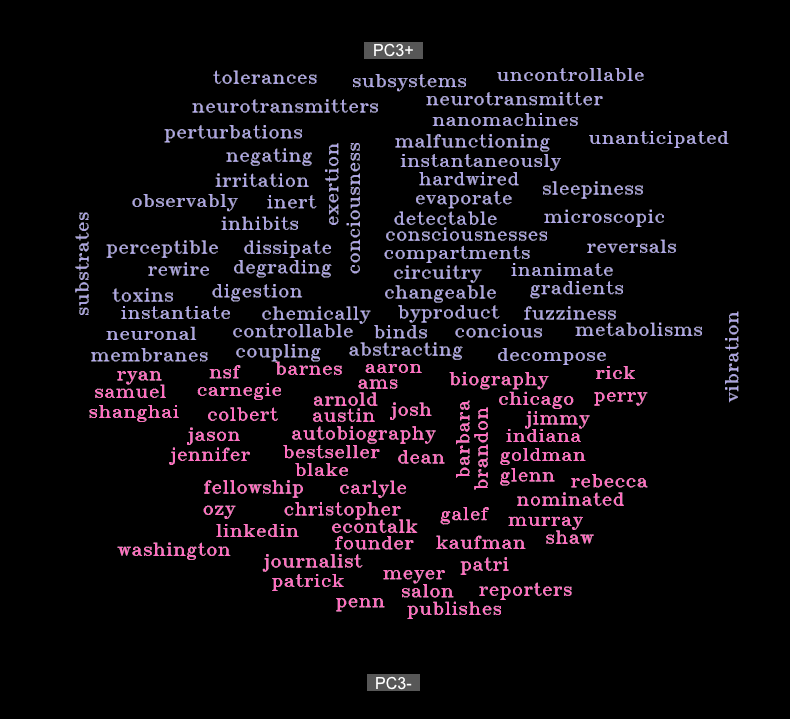