(Cross posted on my personal blog.)

I was working on creating a projects page for my personal website, https://​​adamzerner.bearblog.dev/​​. It hit me how many of my projects have been failures, and that I should reflect on them to see what I can learn. Perhaps I’ll reflect on other ones in a future blog post, but here I want to reflect on a project that I am declaring a failure today: Connect Developers. 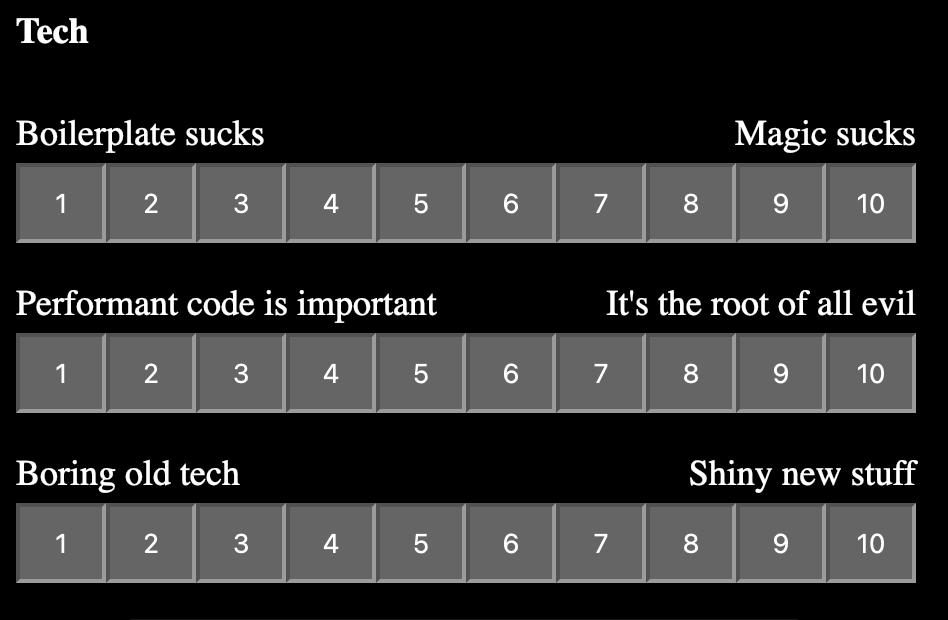 Then you get put in touch with other developers who answered questions similarly to you. Eg. you’d get an email saying something like “You and Alice both answered the questions similarly and have been matched. Go ahead and set up a video call (Zoom, Google Meet, etc.)!”

I figured that this would be a fun thing to do. Answering the survey seems fun. And video chatting with likeminded developers also seems fun. Well, I know that not everyone is eager to have a video call with random strangers on the internet, but not everyone has to! I figure that there is some sort of normal distribution going on. 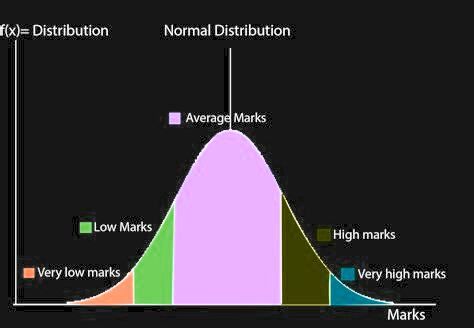 Some people are really averse to talking to strangers on the internet. Other people are very eager to do so. Most are somewhere in between. But since there are so many developers out there, I only need that light blue group. Or, rather, only a fraction of it.

Despite the project’s failure, I actually still feel reasonably confident that the audience exists. The problem is that capturing this audience — really, nearly any audience — is tricky.

I think the chicken-egg problem is a huge reason why. Here’s what I mean.

Imagine you come across the project in a Tech Crunch article talking about how cool this new app is that lets you connect with like-minded developers, and tells a few interesting stories about people who met through the app and ended up becoming friends. In that scenario, I expect people to be reasonably open to and interested in using it. Now, separately, imagine that you come across the project in the “new” section of Hacker News, see it only has two upvotes, no comments, and it looks like it was hacked together in a few hours as a side project. In that scenario, I expect people to be skeptical that it is “a real thing”, and thus a lot less willing to give it a shot.

And rightly so! Projects in that reference class are in fact a lot less likely to “be a real thing”, and users should be skeptical. But if everyone thought that way, how would you move from the second scenario to the first? That’s the chicken-egg problem. There are solutions, but it is tough.

Here, I thought that there was a chance that various online communities (Hacker News, Reddit, Indie Hackers...) would just think the idea is really cool, upvote it, and it’d reach the front page. In which case it’d be somewhat close to that first Tech Crunch scenario, and people might start assuming that it is a real thing.

Separately, I thought that it was possible that people would be willing to fill out the survey and just see what happens. It’s a fun survey, and it’s low-cost. You’re not actually committing to anything. If you want to backpedal, you could always not respond to the follow up email that tries to set up the video chat. Maybe people would still fill it out even if they only expected a ~10% chance of it “working” and getting them in touch with a cool new friend.

It’s looking like these hypotheses have been shown to be false though. I posted once to Indie Hackers, and twice to Hacker News. The Indie Hackers post didn’t get any upvotes or comments. It also only got eight page views! I didn’t realize the volume would be so low. On Hacker News, my first post got two upvotes. Then the second got zero. Neither got any comments. There were 15 users who submitted the form, and a total of 686 survey question answers.

There are more things that I could do. I could try to acquire users “by hands”, in a Do Things That Don’t Scale sort of sense. I could try some ads. I could try other forums like Reddit. I could repost to Hacker News and Indie Hackers. I hear there’s a good amount of randomness regarding how posts perform and whether they make the front page.

None of it seems worth it though. In order for this project to work, I think the reaction has to be one where people are eager to upvote it and share it with their friends, and thus have it grow organically. I don’t get the feeling that that is the case.

Sure, I really only have three data points with my one Indie Hackers post and two Hacker News posts, but it’s not that I am overvaluing these data points. It’s that my prior for this working started out pretty low. This felt like the sort of project that was only worth investing a few hours in. Or, more qualitatively, only worth taking a quick stab at.

And it’s not just these data points. This experience has prompted me to reflect on the more general question of “How hard is it to reach the front page of eg. Hacker News, in general?”. I think that going into this project, my answer to this was too optimistic.

So, looking back, what would I do differently? What can I learn from this experience? Let’s see.

Going into it, I didn’t think too much about what would have to happen after making the front page of Hacker News. It just felt like it’d only take a few hours, and if it made the front page, those few hours would be worth it. Plus I was curious. It was an experiment, and I wanted to know what the results would be. Those two things alone seemed like enough to justify working on the project, so I did.

On top of that, I had a moment where I felt motivated. I try to take advantage of those sorts of moments. I had the idea for this project a few weeks further back, and it was sorta swimming around in the back of my mind. Then I was walking my dog one night, and ideas for the survey questions started popping into my head. I sat down on a bench and started texting them to myself. Then when I got home, I started writing the code. I think that there is some wisdom in taking advantage of moments of inspiration like this.

But at the same time, I want to push myself more towards thinking multiple moves ahead. Eg. here, I didn’t really think much about what would happen after reaching the front page of Hacker News. I figured I could think about that if and when it actually happens. Technically I guess that logic might have made sense in this situation, but in other situations that sort of thinking is dangerous. The post Write a Business Plan Already does a good job of discussing why. If you think multiple moves ahead, you might realize that a certain path isn’t worth heading down, which could save you a lot of time.

I do realize that this is in conflict with the other wisdom I mentioned a few paragraphs ago about taking advantage of moments of inspiration. They seem like opposing things that you have to balance. I get the sense that I erred too much towards taking advantage of inspiration though. And furthermore, that a sense of laziness and not wanting to think harder played a moderate role. I know it isn’t always wise to push yourself towards the difficult and be maximally un-lazy, but for me personally, I think I need to move further in that direction.

I am happy that I “did a thing” though. I know a lot of people struggle to “pull the trigger” on stuff like this. Like I was saying in the previous couple of paragraphs, I probably am too trigger happy, and thus haven’t found the right point on the spectrum yet, but that’s ok. I’m working on it. I’m glad that I am not stuck in a position of never being able to fire, and I’m glad that I am actually reflecting on my experience and trying to improve.