The Shore is an inhospitable wasteland. Algae is available, but it’s not very nitrutious. Coconuts offer an even worse calories-to-digestion ratio. 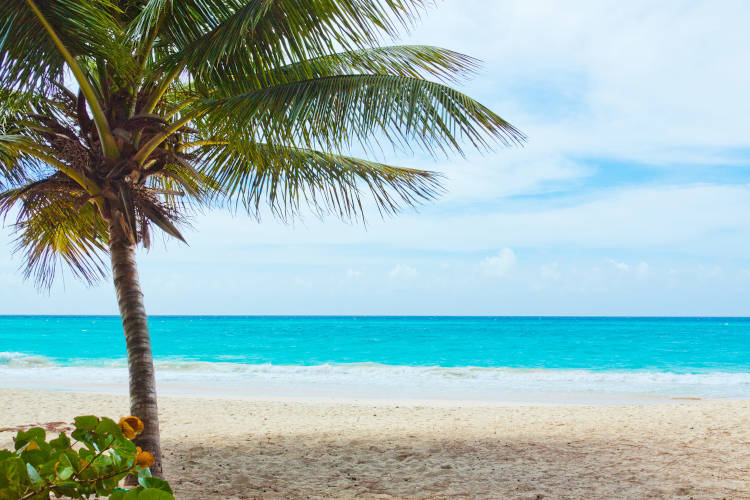 To top all of it off, predators migrate in from both sea and land. 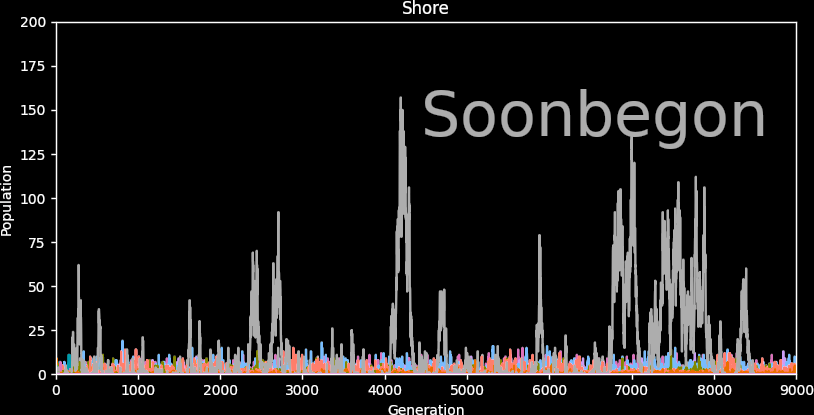 Soonbegons migrate from time to time to eat the Detritus. Otherwise, the Shore is mostly a graveyard.

Soonbegons (kind of) by Martin Randall.

The grassland has lots of grass and even more seeds. 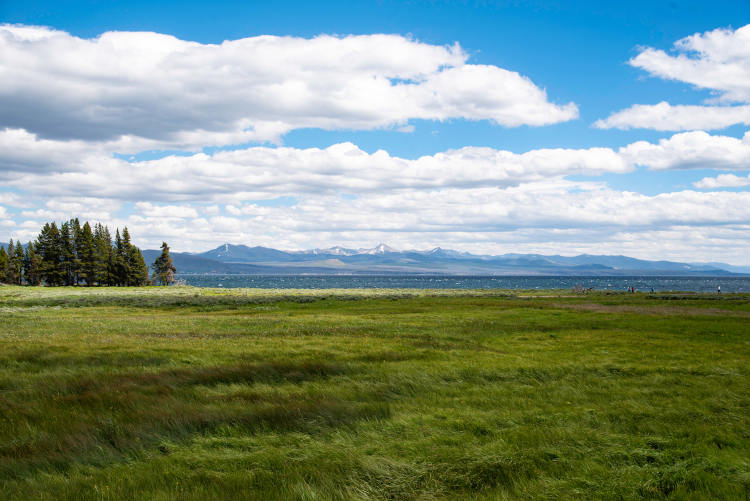 The Grassland took 500 turns to establish an equilibrium. 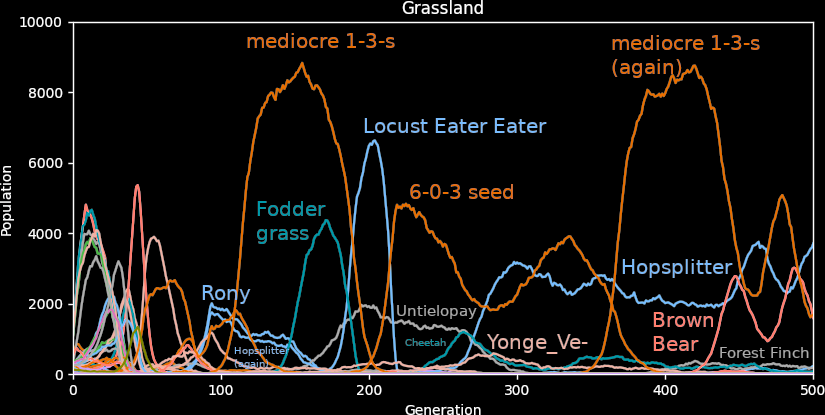 The grassland establishes an equilibrium. The only native species left is the Hopsplitter. 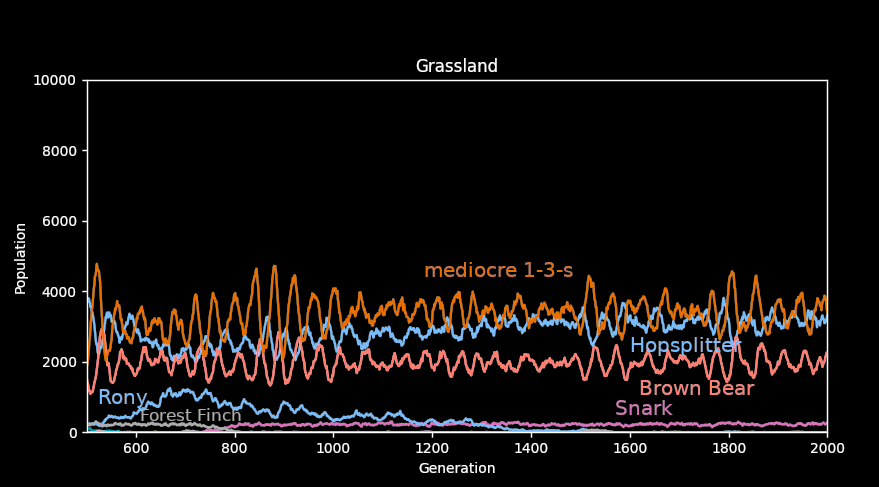 You can’t see it but there’s a single Venomoth on the bottom of the graph.

The temperate forest has lots of leaves and significant seeds. 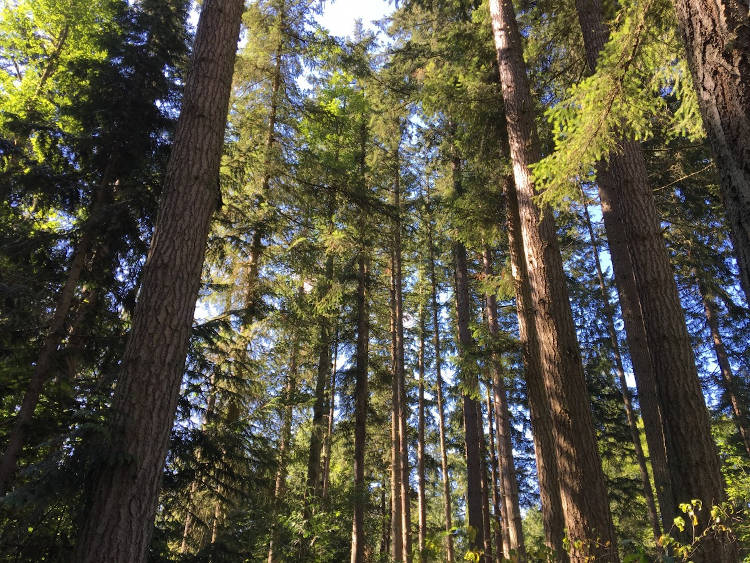 The population crows, crashes, and then grows again. 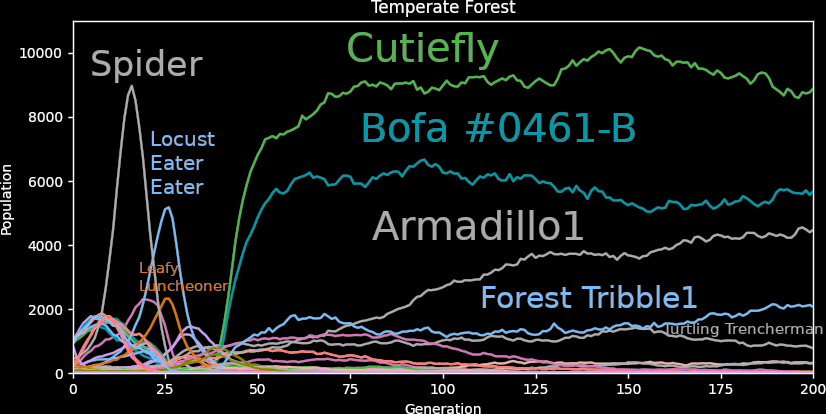 The system achieves stability stable (except for a random walk among equals).

None of our final species have venom or antivenom.

The Rainforest has lots of leaves and grass but few seeds. 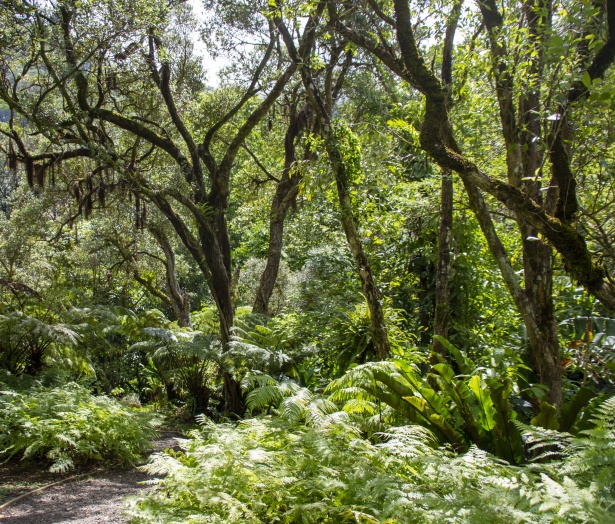 It takes 1000 generations to establish an introduction. 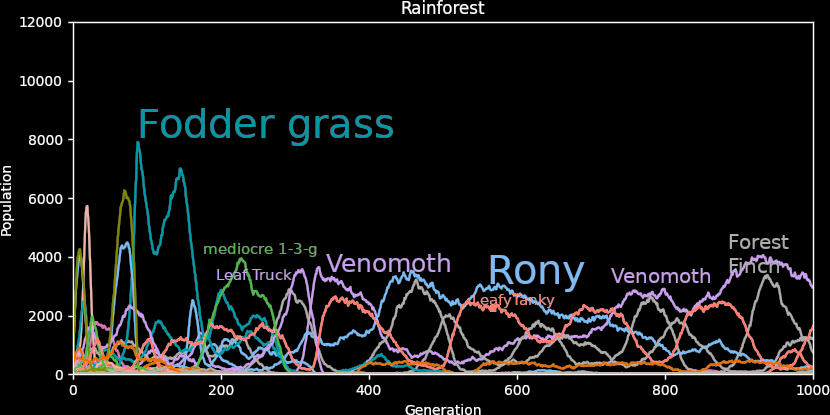 The population oscillates from there. A small number of Snarks and Brown Bears are not visible. 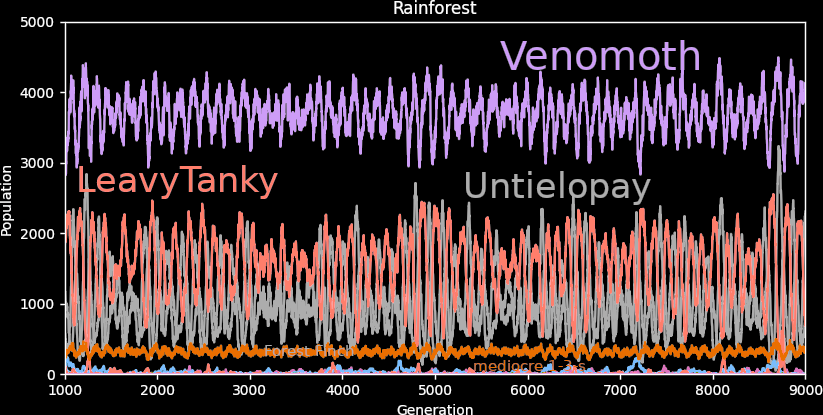