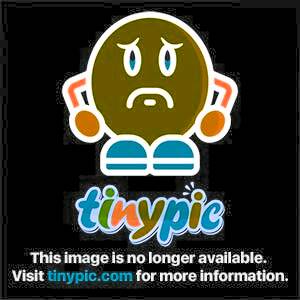 tl;dr: Strong aversions don’t always originate from strong feelings (see Ugh fields). It’s useful to measure the strength of an aversion by how effectively it averts your thoughts/​behavior instead of how saliently you can feel it, or even remember feeling it. If there’s a low cost behaviour that you somehow always “end up not doing”, there’s evidence for a mechanism steering you away from it. Try to find it, and defy it.

Right after writing Break your habits: be more empirical, someone asked me to a live music show, and I declined, with some explanation about being busy. This felt a little forced, and I realized: I always decline live music shows. This counts as a habit. The interesting thing was that I declined them for many different, unrelated reasons. This was evidence for something more systemic, because it would be a coincidence if random, unrelated reasons always came up to prevent me from attending live music.

So I asked myself if I really disliked live music. Emotions returned: “Not really. It’s not awesome, but it’s not terrible.” Now, there was a time when I would have stopped thinking there. My time is valuable, and mediocrity is enough to stop me from doing anything, right?

But wait… is it? Is it enough to always stop me? If it was only mediocre, and not terrible, than surely on one of the many occasions I could have seen live music, there would have been sufficient justification to go… a particularly good composer, a particularly interesting group of people go with, a particular need to get out and do something different… but no, somehow I always didn’t go.

And that’s when I realized I probably had an aversion to live music: some brain mechanism that consistently and effectively averted me from seeing it, and in this case, not something I could feel. In particular, it wasn’t accompanied by any sense of “Ugh”. So since I couldn’t feel the aversion, I took an outside view to ask what could have caused it, if it indeed exists…

My first guess was the fact that I used to perform live music a lot, until I suffered a hand injury. Huh! That could totally have been emotional at some point.

Could that be the cause of my current aversion? I instrospected on how I might have felt at live music show shortly after my injury, and the answer was “excluded”. I felt disappointed that I wasn’t, and couldn’t be, one of the performers. I began to suspect my aversion was conditioned from this “ugh” response that had lost salience many years ago.

Solution: shortly afterward I went to the symphony with a very dear friend, and sat in the front row behind the brass section where I could read their music and feel like I was involved. It worked! The experience was very cathartic. I cried a little bit, thanked my friend, and have been to many more live music performances since.

Some lessons to learn here:

Look at the picture at the top of the post… this man’s face doesn’t show any strong emotion averting him from the many feminine hands that reach for him, yet he avoids them. If he does this a lot, and he’s not gay or already taken, he should be curious about what aversion mechanism might be causing this behavior… because however it works, it’s working! In general,

I’ve been using 1-4 a lot more ever since I realized them explicitly back in October, and I must say it has been a helpful and eye-opening experience.

Aversions — habit mechanisms that steer you away from a thought or behavior — are more general than ugh fields in that they don’t have to originate from bad feelings, even though my example did. They can also originate from anchoring, or other biases. That’s why I want to promote an attitude of measuring aversion by effect instead of salience. Whatever the mechanism — an ugh field, an anchor, or pink elephants — we need an operationalized notion of aversion to search for and notice in our daily lives.

The same goes for propensities (or apetites): habit mechanisms that steer you toward a behavior. If you always take the bus, even though it’s only slightly shorter than walking, there’s probably a very effective mechanism in place for it. Are you curious how it works?

Now, I’m no behaviorist. The outside view should complement, not replace, the inside one. My introspection at the end of the story helped me finish the search for my aversion, but it was an outside view that made me notice it in the first place.

So, let us go forth to notice aversions to small costs, and propensities for small gains. And then defy them :)