Welcome. This week we discuss the fourteenth section in the reading guide: Motivation selection methods. This corresponds to the second part of Chapter Nine.

Would you say there’s any ethical issue involved with imposing limits or constraints on a superintelligence’s drives/​motivations? By analogy, I think most of us have the moral intuition that technologically interfering with an unborn human’s inherent desires and motivations would be questionable or wrong, supposing that were even possible. That is, say we could genetically modify a subset of humanity to be cheerful slaves; that seems like a pretty morally unsavory prospect. What makes engineering a superintelligence specifically to serve humanity less unsavory?

1. Bostrom tells us that it is very hard to specify human values. We have seen examples of galaxies full of paperclips or fake smiles resulting from poor specification. But these—and Isaac Asimov’s stories—seem to tell us only that a few people spending a small fraction of their time thinking does not produce any watertight specification. What if a thousand researchers spent a decade on it? Are the millionth most obvious attempts at specification nearly as bad as the most obvious twenty? How hard is it? A general argument for pessimism is the thesis that ‘value is fragile’, i.e. that if you specify what you want very nearly but get it a tiny bit wrong, it’s likely to be almost worthless. Much like if you get one digit wrong in a phone number. The degree to which this is so (with respect to value, not phone numbers) is controversial. I encourage you to try to specify a world you would be happy with (to see how hard it is, or produce something of value if it isn’t that hard).

2. If you’d like a taste of indirect normativity before the chapter on it, the LessWrong wiki page on coherent extrapolated volition links to a bunch of sources.

3. The idea of ‘indirect normativity’ (i.e. outsourcing the problem of specifying what an AI should do, by giving it some good instructions for figuring out what you value) brings up the general question of just what an AI needs to be given to be able to figure out how to carry out our will. An obvious contender is a lot of information about human values. Though some people disagree with this—these people don’t buy the orthogonality thesis. Other issues sometimes suggested to need working out ahead of outsourcing everything to AIs include decision theory, priors, anthropics, feelings about pascal’s mugging, and attitudes to infinity. MIRI’s technical work often fits into this category.

4. Danaher’s last post on Superintelligence (so far) is on motivation selection. It mostly summarizes and clarifies the chapter, so is mostly good if you’d like to think about the question some more with a slightly different framing. He also previously considered the difficulty of specifying human values in The golem genie and unfriendly AI (parts one and two), which is about Intelligence Explosion and Machine Ethics.

I think it’s a shame that Bostrom doesn’t make more use of science fiction to give examples of how people have already thought about these issues – he gives only half a page to Asimov and the three laws of robotics (and how Asimov then spends most of his time showing how they’d go wrong), but that’s about it. Yet there has been a lot of thought and dare I say it, a lot more readability than you typically get in a textbook, put into the issues in science fiction than is being allowed for, and it would have been worthy of a chapter in its own right.

If you haven’t already, you might consider (sort-of) following his advice, and reading some science fiction. 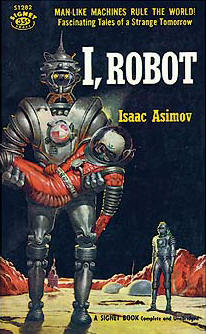 Next week, we will start to talk about a variety of more and less agent-like AIs: ‘oracles’, genies’ and ‘sovereigns’. To prepare, read Chapter “Oracles” and “Genies and Sovereigns” from Chapter 10. The discussion will go live at 6pm Pacific time next Monday 22nd December. Sign up to be notified here.