The blue-minimising robot and model splintering

A long time ago, Scott introduced the blue-minimising robot:

Imagine a robot with a turret-mounted camera and laser. Each moment, it is programmed to move forward a certain distance and perform a sweep with its camera. As it sweeps, the robot continuously analyzes the average RGB value of the pixels in the camera image; if the blue component passes a certain threshold, the robot stops, fires its laser at the part of the world corresponding to the blue area in the camera image, and then continues on its way. 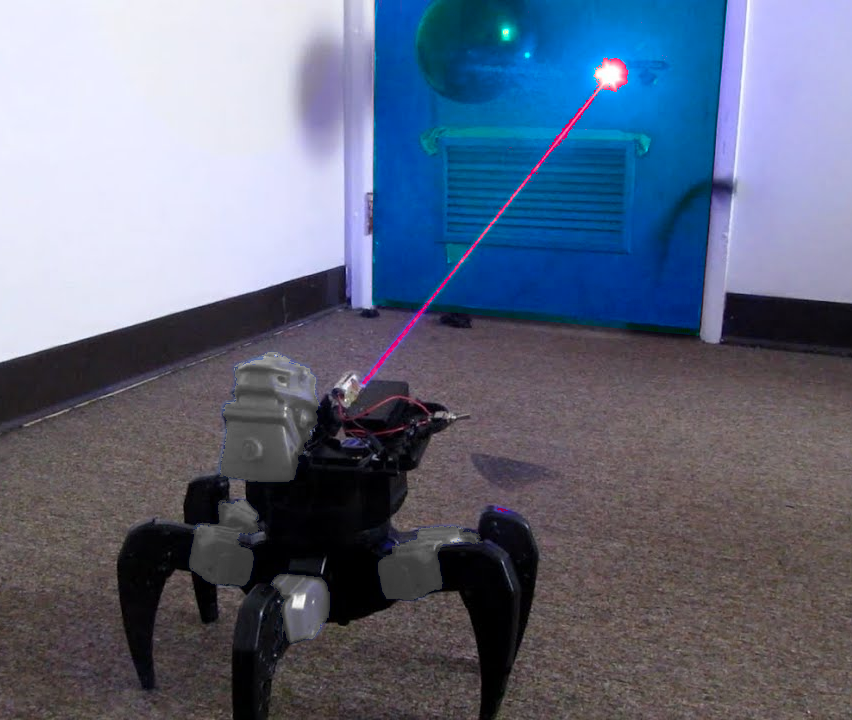 Scott then considers holographic projectors and colour-reversing glasses, where the blue robot does not act in a way that actually reduces the amount of blue, and concludes:

[...] the most fundamental explanation is that the mistake began as soon as we started calling it a “blue-minimizing robot”. [...] The robot is not maximizing or minimizing anything. It does exactly what it says in its program: find something that appears blue and shoot it with a laser. If its human handlers (or itself) want to interpret that as goal directed behavior, well, that’s their problem.

That’s one characterisation, but what if the robot was a reinforcement-learning agent that was trained in various scenarios where they got rewards for blasting blue objects? Then it would seem that it was designed as a blue minimising utility maximiser; just not designed particularly well.

One approach would be “well, just design it better”. But that’s akin to saying “well, just perfectly program a friendly AI”. In the spirit of model-splintering we could instead ask the algorithm to improve its own reward function as it learns more.

Here is a story of how that could go. Obviously this sort of behaviour would not happen naturally with a reinforcement learning agent; it has to be designed in. The key elements are in bold.

There are seven key stages to this algorithm:

The question is, can all these stages be programmed or learnt by the AI? I feel that they might, since humans can achieve them ourselves, at least imperfectly. So with a mix of explicit programming, examples of humans doing these tasks, learning on these examples, examples of humans finding errors in the learning, it might be possible to design such an agent.