This post is written in my personal capacity, and does not necessarily represent the views of OpenAI or any other organization. Cross-posted to the Effective Altruism Forum.

In the first post of this sequence, I defined ‚Äúlaw-following AI‚Äù (‚ÄúLFAI‚Äù) and ‚Äúintent alignment.‚Äù In this post, I will begin to motivate the case for working on LFAI by showing that an AI agent A that is only intent-aligned (i.e., without additional law-following constraints directly on the agents) would in many cases break the law to advance its human principal H‚Äôs interests.

If you agree that it is generally good for agents to be bound by law, then this should be a pro tanto reason to support work on LFAI in addition to intent alignment. If you need more convincing that LFAI would be generally good, the next few posts will explore some more specific motivations for LFAI. 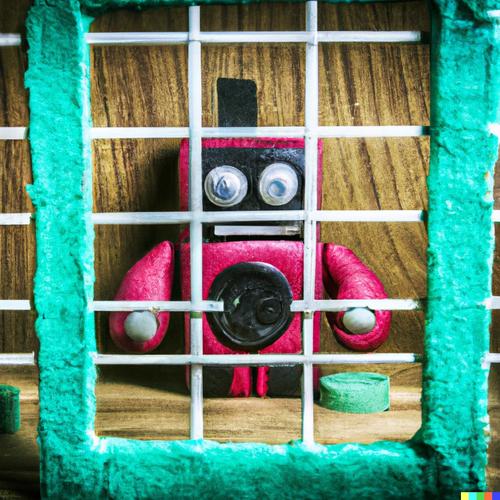 I suspect this point will need little argumentation to many of my readers. Evasion and obfuscation seems likely to be a generally promising means of ensuring self-preservation (because detection would increase the probability of punishment and constraint), which in turn is plausibly a convergent instrumental goal of optimizing AI systems.[1]

For example, to evade detection and attribution, A could:

A sufficiently intelligent AI agent could likely consistently fool humans using these and other (unforeseen) techniques.

Other Ways to Circumvent Law

Even in the best case scenario, where the agent is detected and within the jurisdiction of a well-functioning legal system, it would be reasonable to question whether A or H could be effectively subject to normal legal processes.[2] If A had a motivation to, A could help H escape liability by, for example:[3]

A Competent Intent-Aligned Agent Will Sometimes Intentionally Break the Law

As I said in the previous post, on its face, intent-alignment does not entail law-following. Part of law is coercing prosocial behavior:[5] law incentivizes agents to behave in ways that they do not intrinsically want to behave. If A is aligned with H, whether A obeys the law depends on whether H wants A to obey the law. Subsequent posts will examine what legal consequences H might face if A causes legally cognizable harms. However, even if an adequate theory of liability for the H was available, it will seem impossible to hold H liable if nobody can produce evidence that some agent of H‚Äôs was responsible for those harms. As argued above, a sufficiently intelligent agent probably could consistently avoid leaving any such evidence.

Detection and attribution would not solve the problem, however. Even if H was compelled, under court order, to instruct A to behave in some way, it‚Äôs not clear that A would follow the order. Consider again Iason Gabriel‚Äôs taxonomy of alignment. We can see that, for most types of intent alignment, an intent-aligned agent would likely not obey compelled instructions that are against H‚Äôs true wishes:

Now, it may be the case that H actually does want A to obey the order, though compelled, if the failure of A to obey would lead to liability for H that is worse than the results of A‚Äôs obedience (e.g., because H will be held in contempt of court if A does not actually obey). However, note that ‚Äú[o]rdinarily, one charged with contempt of court for failure to comply with a court order makes a complete defense by proving that he is unable to comply.‚Äù[10] H can comply with an order that requires H to command A to do something, but it may be impossible for H to actually force A to comply if the order is against H‚Äôs true wishes (to which A is aligned).[11] If so, H could have an impossibility defense to contempt.[12] A, understanding this, may continue on without complying because A understands that H will not actually be held in contempt. H can therefore benefit from A‚Äôs disobedience. A will therefore be lawless.

A‚Äôs behavior here would be functionally similar to a trustee acting pursuant to a distress clauses in asset protection trusts (‚ÄúAPTs‚Äù).[13] While these provisions can prevent a contempt charge, the burden of proof on the alleged contemnor is high. [14]

As a matter of policy, however, courts may decide to pre-commit to a contempt standard that does not allow for an impossibility defense when the defendant‚Äôs AI agent refuses to obey orders issued pursuant to a court order. Analogously, courts are imposing heightened impossibility standards in response to APTs, in an attempt to make their use more onerous.[15] If this pre-commitment is credible, it may change the agent‚Äôs behavior because H may then genuinely desire A to perform (because H will be held in contempt otherwise). However, such a policy may be both contrary to precedent and more fundamental notions of fairness and due process: in some cases A‚Äôs refusal to comply may be a surprise to H, since H may have had a long history of observing A scrupulously complying with H‚Äôs orders, and H did not implement principal‚Äìagent alignment for the purpose of evading court orders. If so, H may be able to invoke impossibility more easily, since the impossibility was not as clearly intentionally self-induced as in the APT case. Furthermore, I would intuitively not expect courts to advance such a reform until they have faced multiple such instances of AI disobedience. This seems bad if we expect the earliest deployed AI agents to have an outsized impact on society. In any case, I would expect the possibility of favorable law reform post-AGI to solve this problem to be an insufficient solution. Finally, I would expect sufficiently intelligent agents to recognize these dynamics, and attempt to find ways to circumvent the contempt process itself, such as by surreptitious non-compliance.

An alternative, pre-AGI solution (which arguably seems pretty sensible from a public policy perspective anyway) is to advocate weakening the impossibility defense for self-imposed impossibility.