This doc is to help you prepare for the tail risk of nuclear war. Estimates vary, but an EA Forum survey put the annual probability of US-Russia nuclear war at 0.24%. This doc will go into some detail on threat models of nuclear war and then go over preparations you could make to survive being near a nuclear event.

To get a sense of how a nuclear bomb damages an area, the distance of radioactive fallout, etc. you can check out NukeMap. The damage caused by a nuclear bomb or missile being detonated is going to depend on many factors including bomb size, detonated on ground or in air, weather, etc. This chart includes some distances and effects for different yields and detonation heights. Yield can vary a lot and is difficult to estimate because yields are often secret and can be changed in similar sizes of missiles because the nuclear material is not a heavy part of the missile. Historically, ICBMs in the Russian Arsenal include a range from ~40 kilotons to ~6 megatons. The largest bomb ever tested was Tsar Bomba, which had a yield of about 50 megatons.

States generally keep modern yields secret, but common yields of ICBMs in the US and Russian arsenal would almost certainly include warheads with yields in the 100-500 kiloton range and might include weapons of 1 to 6 megatons. I’m basing this guess off of Wikipedia’s list of nuclear weapons.

Estimates vary, but an EA Forum survey put the annual probability of US-Russia nuclear war at 0.24%. Living in the US, Russia, Canada, and Northern Europe this is the most concerning nuclear threat. 9 countries possess nuclear weapons.

Nuclear winter is a controversial risk. During the cold war the security community and the scientific community disagreed about how bad a nuclear winter would be or even if it was possible. The cooling effect depends on a lot of things. How much smoke is created, how much of it is black carbon, how high is that lofted in the atmosphere, what is the weather, were there firestorms, what materials were burned, etc. Looking through the scientific literature, there’s a lot of uncertainty, but in an all out nuclear war between Russia and the US, a nuclear winter lasting months to years seems plausible. If there were a nuclear war between, say, India/​Pakistan (about 100 nukes each) there would likely be global climate effects, but probably not nuclear winter. If you were prepping for nuclear winter you’d want months of stored food and water in a place away from potential targets. In the case of nuclear winter, you’d likely want to evacuate to somewhere in the southern hemisphere.

The probability of large scale damage from EMP could be higher than other kinds of damage from nuclear weapons because it takes fewer weapons to affect a large area. A single nuclear weapon detonated high enough in the atmosphere could affect an area about the size of the US. What we know about EMP comes from tests done by the US and Russia during the cold war. The US test took out all known satellites at the time and the russian test irreparably damaged several miles of power lines. The major concern from EMP is damaging the electrical grid. The US electric grid depends on Large Power Transformers. If the large power transformers were damaged it could take a long time to replace them. They depend on a lot of custom parts and rare materials. Large Power transformer production takes 1 to 2 years. Perhaps that would be sped up in an emergency or it could take longer if critical resources or supply chains are damaged. I could also imagine transitioning to more localized grids in that situation, but that would still result in unreliable electricity for long amounts of time.

Nuclear power plants could melt down or be the target of terrorist or state action. The radiation from a power plant meltdown is much worse than from a nuclear bomb because a nuclear bomb contains far less radioactive material. If there is a meltdown in your area you should evacuate or shelter in place depending on what emergency authorities say, what level of radiation is currently in your area, and how adequate your shelter is. The WHO estimates 4,000 direct deaths from the Chernobyl Disaster, but that number is fairly controversial. Contaminated food sources could also be concerning. Contamination occurred from the Fukushima Daiichi disaster, but this article suggests the risk from that contamination was fairly low.

The government may send out emergency alerts via text. In order to receive these, the alerts will need to be turned on in your phone. In theory these alerts should only be about disasters in your geographic region or imminent threats to your safety. Amber alerts are different and you can choose to turn those on or off separately.

For leaving before a nuclear event 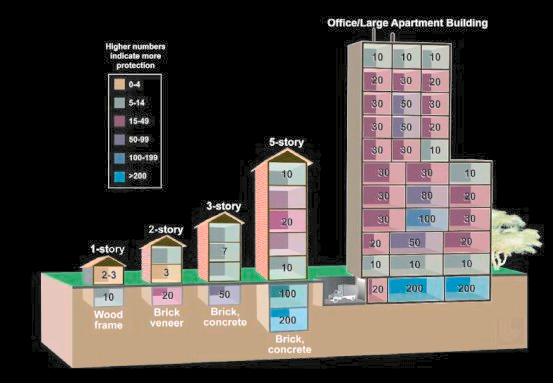 Prepare for a world without electricity

In addition to the things in Preparing for Power Outages in Disasters, you’d need to shield your personal electronics to be sure they’d survive an EMP. You can do this cheaply by wrapping electronics in plastic wrap(or a ziploc), then 5 layers of tin foil.

As with other disasters you’ll want to store water for sheltering and evacuating. In a nuclear emergency, avoid tap water as it could have picked up radioactive particulate.

As with other disasters you’ll want to store food for sheltering and evacuating.

You’ll want to be able to evacuate elsewhere. In a nuclear emergency be sure to bring your geiger counter and masks as well (masks can help filter out radioactive particulate).

What if a missile is inbound?

If you think you’ve been through an area with radioactive particles on your way to shelter, you should decontaminate.

Seal off your shelter

Step 3. Add a drink to the KI and water mixture:

Step 4. Give the right amount of the final KI solution, using the chart below.

What do I do after the explosion?

Some of this will be redundant with what to do if a missile is inbound. Feel free to ignore the advice you’ve already taken.

Something you can get to as quickly as possible that will be as safe as possible. To find the nearest open shelter in your area, text SHELTER + your ZIP code to 43362 (4FEMA), example: shelter 12345.

Evacuate the area if safe

What Direction should I evacuate? 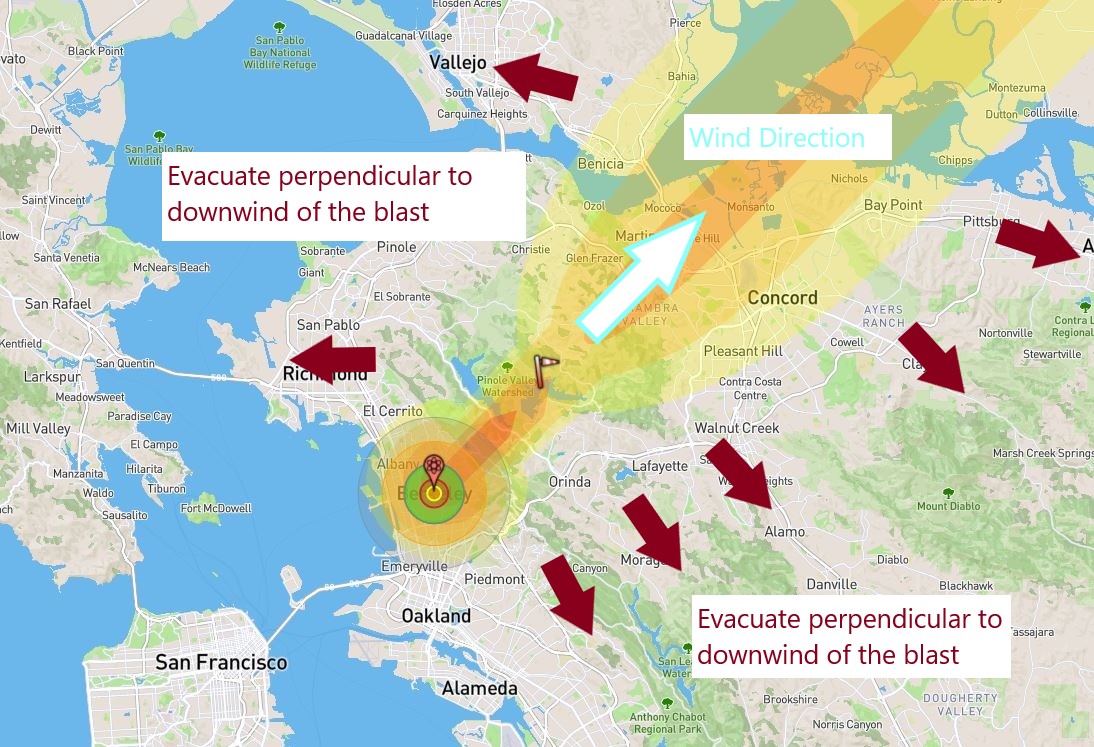 How long should I wait inside?

If you have a geiger counter or dosimeter, you might use that to determine when to leave your shelter to evacuate the area. The threshold is up to you, there’s not official recommendations about what geiger reading you should evacuate at. Finan would consider the current radioactivity inside the shelter, the radioactivity outside the shelter, and how long to get to a safer place if evacuating.

How will I evacuate if cars aren’t working?

You may think cars would be shut down making it difficult to evacuate, but mostly cars are fine after EMP, especially if they’re turned off.

If you’ve been near a nuclear explosion or accident you could have radiation sickness. Seek medical attention if available.

What if a nuclear power plant melts down?

In the case of a nuclear power plant meltdown almost all of the advice above applies.