What was the workshop like? Well there was really amazing carpet. I don’t know how relevant this is, but a lot of people commented on it.

Another thing that was salient to me—and many of the participants—was these things called ‘back jacks’. They are like adjustable chairs, without arms or legs.

Some part of me believes that with the right carpet and back jack, my life could be at least twenty percent better. Here is a picture from Amazon, which is on good terms with this part of me: 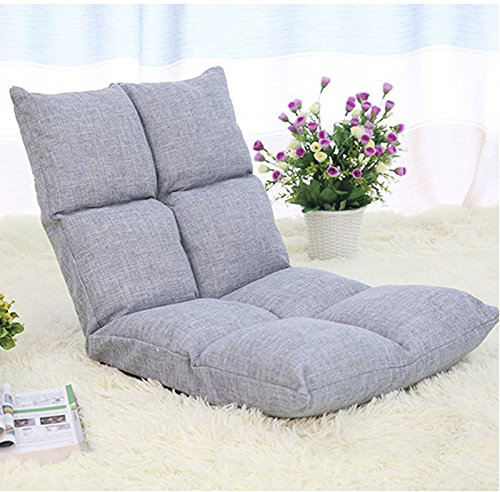 There were also lots of sessions that I went to, about things like how to be curious, or trade tastes with other people. Then they eventually started talking about AI, after which I started avoiding the classes. There is something nice about avoiding classes in a beautiful place, among people actively and idealistically doing things.

Before the AI bits, I went to a class called something like ‘seeking IPC’, which they said was not well named, and that if I could name it better, that would be helpful. So I payed attention to what it was about, to this end. As far as I can tell it was about how you should be curious all the time. For instance, if instead of being annoyed, one is curious, then one might get to find out the fascinating answer to the question of what the hell is going on inside the other person’s head.

(I spent the next day feeling annoyed with everything. I considered being curious about this, but found that I definitely did not want to. I did have a lot of second level curiosity about why I was so incurious.)

I found the continuing line of thought on curiosity to be fascinating and radically perspective-changing, but struggle to explain my thoughts in a way where they don’t seem obvious. This might be because they are obvious. I claim that this doesn’t undermine the importance or difficulty of realizing them. The problem with obvious things often is that you don’t realize that you have to realize them, because you assume that you already know them because they are obvious. Anyway, I’m going to keep the actual point for another time when I figure out how to explain really obvious things to people. But indescribable revelation is right up there with nice carpet and back jacks for making a good workshop I think.

Every night after dinner they asked us what we wanted to do. Every night I wanted to go in the hot tub. Finally on the third night there was enough water in the hot tub, and my proposal for hot tub constructive internal double crux got several takers, and all was pretty idyllic (except for dire warnings to avoid breathing outside).

(This post is weird because it was constructed by pair blogging.)