This post briefly reflects on applications of rationality techniques to the game Geoguessr, of which I am a fan (though not exceptionally talented, having only played a little bit). Videos from YouTuber GeoWizard show the reasoning process of a high-skill Geoguessr player.

Geoguessr is an online game in which one is shown a photo from Google Street View and attempts to guess (by clicking on a world map) where the photo was taken. 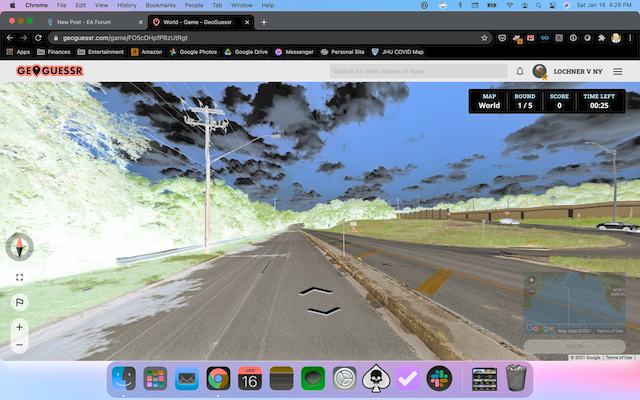 The difficulty of the game can be modulated by changing:

Outside view reasoning is very helpful to playing Geoguessr well. In the broadest possible gametypes, where the photo is not geographically limited by the game, outside-view reasoning can helpfully narrow down guesses quite rapidly.

Similarly, outside view reasoning would suggest that the distribution of Google Street View photos is biased towards countries with more population, land mass, or economic activity. Thus, if a player thinks the photo is either (say) Germany or Luxembourg, “Germany” is of course a much better guess (though I have gotten Luxembourg!). Similarly, if you know the picture is from Illinois, the area around Chicago is a better guess, probabilistically, than elsewhere in the state.

Geoguessr also forces good practice of updating. The above information is good in setting priors, but of course the main way to be good at the game is to guess well based on available information.

In some cases, you will be lucky and see something that gives strong evidence of a location (e.g., a flag, a place name, a distinctive written language). But in many cases, one can begin updating based on multiple, indirect sources of evidence.

By aggregating these types of information in a foxlike way (and by knowing world geography!), a skilled player (e.g., GeoWizard, not me) can often make an informed guess of the country upon seeing a minimally informative picture.

Skilled players also learn spurious correlations on Street View. For example, I learned from GeoWizard that Street View cars in Kenya often have a snorkel on them: 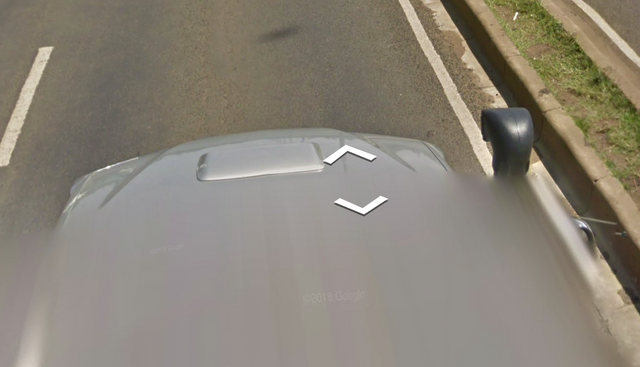 Learning these correlations, though not geographically relevant, makes one a better player.

Photos can unconsciously elicit a place. If one cannot move or find useful new information in time (e.g., because one is on a remote road with only fields in sight), System 2-type guesses (“this feels like Russia”) may be all that one can rely on.

If you want to play …

I’ve found Geoguessr to be a fun alternative to prediction markets/​tournaments. If you’d like to play with me, I am here.