I’ve been becoming more of a nature person recently.

However, all of this has been making me feel some sort of dissonance. I think of myself as not a nature person. There’s a particular story that comes to mind.

Growing up, my family would go to the beach once in a while during the summer. I thought it was alright. I liked to dig big holes, go boogey boarding, and maybe play catch if I had someone to play with. But after a few hours of that I’d be ready to go home. My parents on the other hand liked to get there early and stay the entire day. Just sitting there in their chairs doing nothing.

I couldn’t understand this. How can you not get bored sitting there all day? I spent the day running around doing various things and even I got bored of that and was ready to go home! 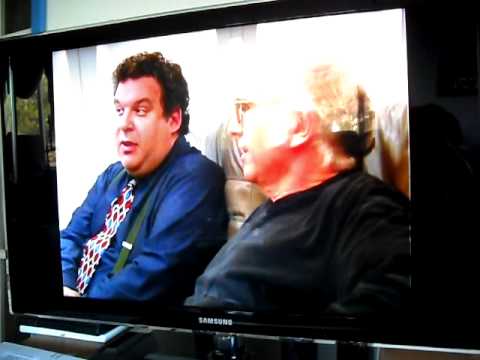 So I would ask my mom: why do you even like going to the beach in the first place? The conversation would go something like this:

Adam: Why do you like going to the beach in the first place?

Adam: That’s not an answer.

Mom: I find it relaxing.

Adam: You could do that at home. You could sit in a chair in the backyard and listen to the sounds of the ocean on your MP3 player.

Adam: You could get a magazine and look at cool ocean photos.

Mom: I like the feel of the sand between my toes.

Adam: That ones a little harder but we could go to Home Depot or something and get a little sandbox. If we did that would you still want to go to the beach?

Adam: Why?! What is it about the beach?

Adam: Well you haven’t been able to actually tell me anything you like about the beach that you can’t do at home, so you have no business liking the beach so much more than doing this stuff at home.

I made a big mistake here.

I was trying to understand what it is she likes so much about being at the beach, so that perhaps we could replicate it at home. I was trying to do this by breaking it down into it’s component parts. We made a little bit of progress there, identifying the sound of waves, the sight of waves, and the feeling of warm sand between your toes as components that she sought. Think of this as a model of how joy is generated: joy = sound of waves + sight of waves + feeling of sand. With this model, I was able to formulate a situation where the inputs would have the same values at home as they would at the beach, so I felt that the output should be the same amount of joy.

How reductive of me, right? How dare I try to reduce down the subtleties and complexities of taking joy in a beautiful summer day at the beach. Reductionism can’t explain such a phenomena. Right?

If, hypothetically, I was able to model my Mom’s neural circuitry incredibly well, and figure out a setup at home that would output the same amount of joy as she gets at the beach, well, then I think I’d be justified in my claim that she can get the same joy at home. But that’s not what happened here.

Here I tried to build out a low-level model, barely made any progress (joy = sound of waves + sight of waves + feeling of sand), and despite this, argued that it makes sense to go off of what this shitty model outputs. That’s not how reductionism works. Just because it’s lower level doesn’t mean it’s better. Lower level models can be highly incomplete. They can also just be flat out wrong.

I don’t want to hate on low-level models though. They do allow us to dig into the nuts and bolts of how things work, build a more complete picture, and ultimately, make more accurate predictions. There is definitely a time and place for pursuing that. However, I think the point I’m trying to make is that in the process of doing so, you have to ask yourself how reliable that low level model actually is. Being lower level doesn’t automatically make it better.