Planning Lily’s loft bed reminded me of a much more poorly constructed one I built in 2004, around when I started writing here. I had just started college and was sorting out a room layout with my roommate. The beds were three pieces: two vertical “H” pieces, and a metal frame to connect them and support the mattress. All of this predates my having a camera that’s always in my pocket, so we’ll have to make do with drawings:

The verticals had holes drilled in them which allowed you to stack a pair of beds to turn them into bunk beds: 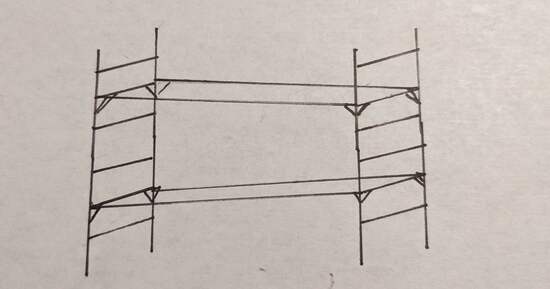 We didn’t want bunk beds, though, we wanted a loft over a desk: 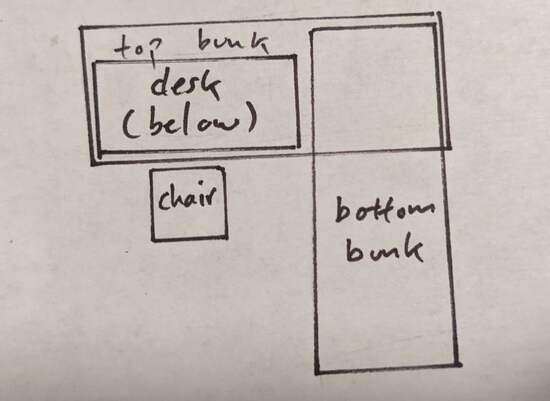 We found an extra set of verticals, and put them together without the metal frame to support a lower mattress: 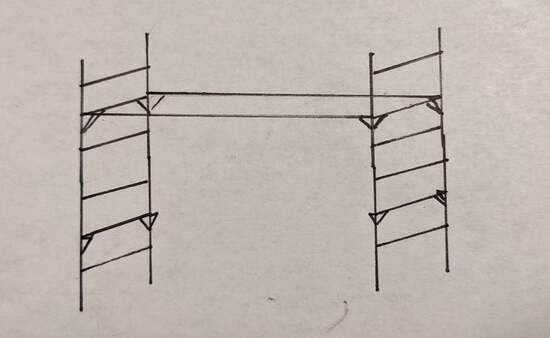 This is a terrible idea: there’s very little to keep the top section from wandering off left or right (“shearing”). It swayed dramatically as soon as I tried climbing on it for the first time. You’d think we’d have recognized it as unsafe and taken it down, but I slept on top the whole year. There were, luckily, no collapses.

There’s actually a close contender, however, for the worst way to arrange these bed components. The room across the hall was a triple, so they had three of these beds. The ceiling was very high, just over three times the height of one of the verticals. I helped one of them triple-bunk the beds: 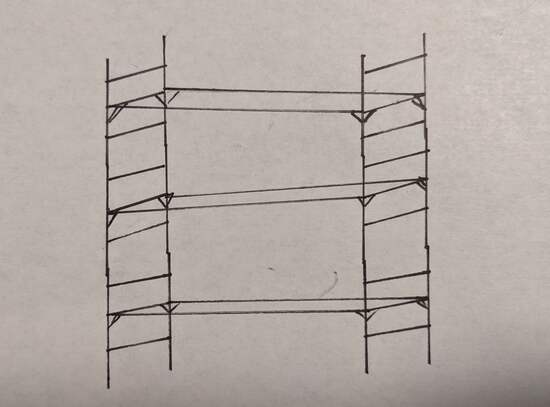 My memory is that we thought this was so clearly the best arrangement for the room that there was no “ask the other two roommates” step. Which meant the only one I’m still in touch with spent the year sleeping with his nose about a foot from the ceiling. More things I wouldn’t do now…